Seven SM East athletes signed national letters of intent to play college sports next year during a Wednesday signing ceremony in the East library. Wednesday was the first day that senior athletes can sign letters.

The SM East athletes who signed Wednesday are:

Each of their coaches talked about the contributions the athletes had made: several have appeared in state finals or made appearances in national competitions. They all have a variety of other activities at school. The library was packed with parents and students to witness the signing.

Some sports, including football, are not eligible to sign today. 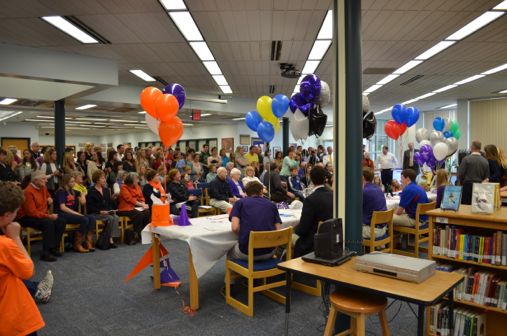