SM East dominated most every facet of its state semifinal game against Washburn Rural Friday.

The Lancers outpossessed the Junior Blues, keeping control of the ball roughly two-thirds of the time. And they outshot Washburn Rural as well, sending the ball toward the goal 15 times compared to Washburn Rural’s four.

But when time expired, the Junior Blues led in the only category that mattered.

A single goal scored on a cross kick at the 29 minute mark in the first half proved the difference that brought SM East’s amazing boys soccer season to a halt.

“We totally outpossesed them, clearly had more chances than they did,” said coach Jamie Kelly of his Lancers after Friday’s loss. “We just didn’t finish them. For whatever reason, we just couldn’t find the back of the net tonight.”

The loss knocked the Lancers out of contention for the state title and sent them to Saturday’s consolation game against top-rated Blue Valley Northwest. The Lancers lost that game 3-1, taking fourth place overall in the state 6A soccer tournament.

It was a disappointing finish for a team whose 19 seniors started showing flashes of greatness as juniors last season, when they went 14-4-0. But Kelly says even without a title game appearance, this year’s team was something special.

“I’m very proud of the way they played,” Kelly said. “They played for each other. And they played hard.”

Congrats to Coach Kelly and the entire team on a remarkable year! 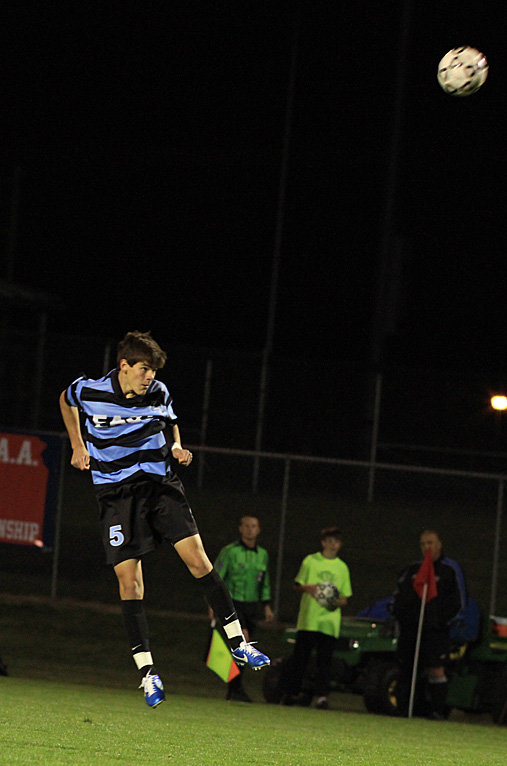