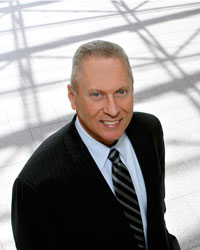 Johnson County Community College today announced that president Terry Calaway, who has led the organization since 2007, will retire in August 2013.

Here are the opening paragraphs of the school’s press release on the announcement:

Terry Calaway has announced his retirement as president of Johnson County Community College. Calaway is retiring to spend more time with his family; he plans to leave the college Aug. 1, 2013.

“When I joined JCCC, I was charged with refocusing the college around students and their success,” Calaway said. “We have been able to do that as well as improve retention, reduce unnecessary overhead, and grow our foundation endowment and scholarship funds. Recently our bond rating was reaffirmed at the highest level possible, and we have maintained or reduced our mill levy each year that I have served. It is now time, though, for the college to prepare for the next generation of leadership. I leave the college with much admiration for our team and board. I am indebted to everyone in our community for their kindness and support.”

The JCCC board of trustees plans to announce its plans for finding Calaway’s replacement within the next “several weeks.”