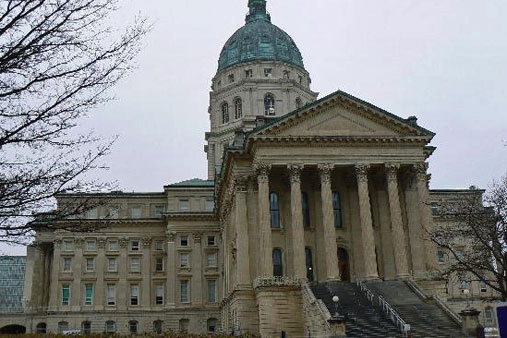 We’re continuing with the candidates’ answers to the questionnaire we developed with input from shawneemissionpost.com readers earlier this month. We’ll be posting the answers to one questionnaire item per day through Friday.

Gov. Brownback has spearheaded an aggressive tax reduction plan he says will increase employment and spur business growth in the state. Critics say the plan will lead to budget gaps that will require deep cuts to state programs. Do you agree with the Governor’s philosophy of cutting taxes?

I support cutting taxes when feasible. In fact, I did vote for a compromise bill which reduced taxes and maintained a positive revenue stream for the next five years. Unfortunately, it was not considered in the Senate. I do not agree with tax cuts which undermine our ability to educate the youth of Kansas, provide vital social services or endanger our infrastructure.

House Bill 2117 projects a revenue deficit of approximately $362 million dollars in 2014 and $2.8 billion dollars in 2017. Those who voted for this legislation were both shortsighted and irresponsible. No one knows how much of an impact lower taxes will have. If the tax experiment is successful, some of the projected budget deficit will be filled. If it is not successful, the citizens of Kansas will suffer disproportionately. We are all in favor of the additional jobs that economic growth creates. That growth, however, must be balanced with the ability to fund necessary state responsibilities.

I voted against the tax bill. I voted against it because the tax cuts left the state budget in a deficit position potentially remedied only by draconian measures. Under the Kansas state constitution, the legislature is required to balance the budget. It will be difficult to do so if this bill is not amended the next legislative session.

Unlike many people in office or aspiring to hold office, I vote in the best interest of my constituency. Many old line politicians vote a straight part line independent of the particular merits of any given legislation. Party politics and rational decision making often times are at odds with one another. 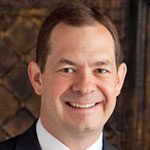 No.  The tax plan that the legislature passed and Governor Brownback signed into law earlier this year was fiscally irresponsible. We should not be cutting income taxes while failing to pay for other important priorities like education, transportation, and services for seniors and disabled Kansans. The state of Kansas finished this fiscal year with $466 million dollars in the bank – enough to fully restore the funding for our schools and eliminate a waiting list of disabled Kansans who are not getting the services they need. Governor Brownback says the tax cuts will create about 25,000 new jobs. But in order for this tax plan to pay for itself, we would need 550,000 new jobs by 2018 paying the average Kansas wage of approximately $50,000 per year. There are only about 92,000 unemployed people in Kansas right now, so Governor Brownback’s tax cut is unlikely to pay for itself. Instead, we will be left with two bad options: further cuts to education and other important priorities, or higher sales and property taxes. Governor Brownback says this tax cut will cause many people and businesses to move to the state.  I am more concerned about people and businesses leaving the state and Johnson County because of the likely effects on public education, infrastructure, and necessary services. 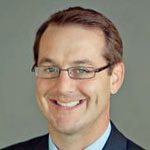 No. Kansas has traditionally relied upon the “three-legged stool” approach to taxation. This concept of balancing revenue from sales, income and property taxes has worked well and allowed Kansas to weather tough economic situations. Gov. Brownback’s fiscally irresponsible plan to eliminate corporate income taxes creates a budget deficit that will result in immediate cuts to services for the elderly and school funding.

According to Gov. Brownback, the tax cuts will stimulate the economy and create jobs above the current rate of growth. This fact is disputed by a number of studies including calculations by the Kansas Department of Revenue. The only certainty under the plan is the decreased amount of revenue flowing into the state’s coffers.

Gov. Brownback stated in June that “We’ll have a real live experiment” when referencing his tax plan. Kansas students and the elderly can’t afford to be an experiment for Gov. Brownback. I would support an immediate review of Gov. Brownback’s tax shift and a return to balanced approach to taxation. 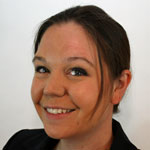 I visited with over a thousand voters during my primary campaign, and they were very concerned about the possible ramifications that the new tax plan would have on the state budget. I favor a balanced approach to taxation, between income, property, and sales tax. My primary concern is that these cuts will not create enough jobs and growth to cover its cost, and that additional cuts, or even a sales tax increase may be required in order to offset revenue gaps. As the parent of a Shawnee Mission Student, I am intensely concerned about cuts to the K-12 budget. 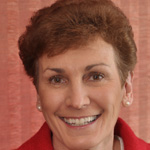 I do not agree with the current income tax elimination plan that the Governor has signed into law. The Governor himself has labeled it “an experiment”. The predicted fiscal implications for this new law are as follows: in 2013 a budget shortfall of $213 million, and from 2014 to 2018 a decline beginning at $800 million and growing to $900 million. I believe that there will be some increase of jobs in the state, but not nearly enough growth to offset this massive revenue shortfall. I continue to believe that tax policy should reflect a balance between income tax, property tax, and sales tax.

The future of our State depends on whether or not we can develop a rational, fair and sustainable tax plan. The plan pushed through by the Brownback administration creates an inequitable tax burden that fails to bring in enough revenue to fully fund our schools, our services to the elderly and disabled and our basic infrastructure. I am worried that his plan may force increases in property and sales tax to make up for these shortfalls. This is not an acceptable solution to me. We need to stand strong against this undermining of our community and fight to make sure that we have the money to support our needs. At the same time we must ensure that our tax rates are as low as possible across the board and work for all of us. 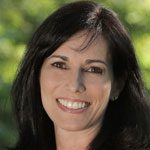 The governor’s philosophy of cutting taxes is based on “supply side economics,” a theory tested over the past 30 years with no concrete evidence that it works as envisioned. This represents a high-risk change in tax policy for the state that even the governor himself views as “an experiment.” The new tax plan in Kansas focuses on lowering income taxes. As a result of the speed and depth of the cuts, we are already seeing a debate emerge over extending a statewide sales tax scheduled to sunset this year. The state is restructuring various agencies and shifting costs to the county and city level, prompting many local governments to contemplate property tax increases to deal with shortfalls. I believe in balanced taxation, spreading the tax burden equitably between income, sales and property taxes. To remain attractive to new businesses, we need to ensure that state infrastructure remains intact, that our communities remain strong, that our schools continue to excel and that we do not cut taxes so deeply that we destroy the quality of life that people value. 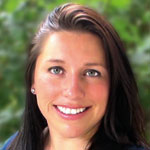 No, I do not agree with Brownback’s philosophy of cutting state revenue for a select group of individuals and businesses, especially when the Kansas economy is still weak and deficient in so many areas.

Why should the owner of a Cancer Care Center pay no income tax, but the nurses working within the clinic continue to have their wages taxed?  Critics of the plan happen to include the non-partisan Kansas Legislative Research Department who project a $2.5 billion shortfall over the next six years. Brownback himself has called this program an “experiment”. This type of hopeful attempt at revenue creation is similar to someone heading to the casinos with their paycheck before their bills are paid.
What if this experiment fails? When one of the three legs of the state’s financial stool is cut short, the remaining two legs (property tax and sales tax) are forced to overcompensate or else the economy will topple. Kansas already ranks in the top ten for highest state property tax nationwide and sales tax is a very regressive form of revenue generation. As a local elected official, I am all too aware that municipalities are also dependent upon property and sales taxes. Placing a greater emphasis on these forms of revenue generation means, plain and simple, the middle class has to pay more and the quality of services that local communities are able to provide goes down.

The best way to attract businesses is by investing in the quality of life for Kansans including excellent public education, sound infrastructure and strong cities and counties. Historically, Kansas has had a strong economy and high quality schools. We need to go back to balance, not continue ahead with extreme and risky experiments with Kansas tax dollars.

Tomorrow, the candidates will weigh in on issue three: the sales tax to fund education.