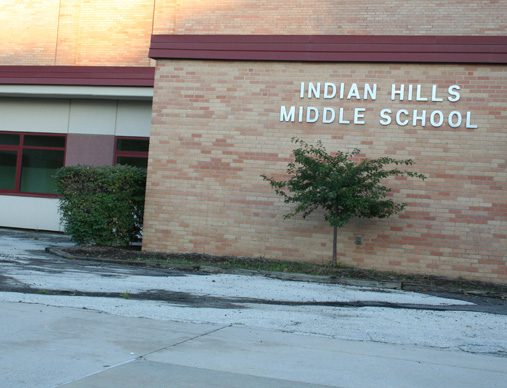 Overland Park police are following up on an incident that involved an Indian Hills Middle School student walking to a bus stop last Tuesday.

The female student was approached by a man who offered a ride. The following is the information that the Shawnee Mission School District sent by broadcast voicemail to Indian Hills families Friday evening, Oct. 19:

“On October 16, at approximately 8:10 a.m., an Indian Hills Middle School student walking to a bus stop in the area of 80th and Glenwood reported being approached by a man driving a white, flatbed pick-up. The driver, described as a male in his 40s with white hair and glasses, reportedly offered the student a ride.

The incident was reported to Overland Park Police who are investigating. The police department is providing stepped-up patrol support in the area.

Please take a moment to review safety rules and procedures with your student.”

Overland Park police said they have added extra patrols around bus stops and schools, including this morning, but have not spotted the vehicle or anyone matching the driver’s description. There have been no other reports of suspicious activity related to the incident.