Cousins Ashley Garverick, 8, and Jilli Foley, 9, were part of a group that appeared on the floor of the Sprint Center Oct. 18 with members of the US Women’s Olympic Gymnastics Team. Gabby Douglas, Allie Reisman, Jordan Wieber and others were in Kansas City as part of the Kellogg’s Tour of Gymnastic Champions.

Garverick and Foley arrived at the Sprint Center four hours before the show to learn an entrance routine and practice it. Garverick is on the competitive dance team at Beller Dance, and Jilli is a student at Dancerz at Corinth Square. 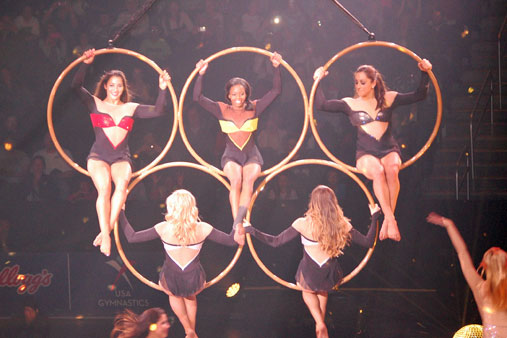