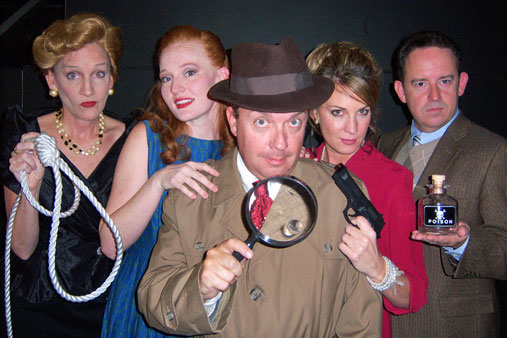 The Barn Players Community Theater in Mission is now selling tickets for its 58th consecutive season. The company will produce six regular shows during the 2013 season, two Barn Kids productions, the annual Barn Benefit Concert and its 10-minute play festival.

The Barn Players Theatre is at 6219 Martway, across from the Sylvester Powell center, and has been the theatre’s home since 2004. It seats 150.

Shows for the 2013 season include:

“9 To 5”, Feb. 22- March 10,  the comedy musical, based on the motion picture with musical score by country music legend Dolly Parton.  Rated PG-13

“CHESS”, April 12-28, a musical following the game of chess, politics and international intrigue.  The musical score includes “One Night in Bangkok” and “Heaven Help My Heart” rated PG-13.

“SORDID LIVES”, May 31-June 16, a small town Texas family deals with the funeral of their scandalous mother.  Rated R

“DANGEROUS LIAISONS”, July 19-Aug. 4, a story about the French elite who amuse themselves with the weapons of humiliation and degradation.   Rated R

“THE MYSTERY OF EDWIN DROOD”, Nov. 8-24, a musical based on Charles Dickens unfinished mystery novel. The audience votes on who-done-it at the end of the show.  Rated PG-13.

Additional special productions in the new 2013 season include:

The theater still has two plays left in its 2012 season, including “Curtains,” which opens November 2. Tickets for The Barn Players productions and more information about the shows can be found at www.thebarnplayers.org.