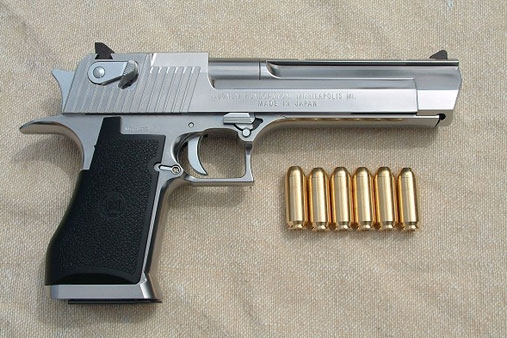 Well, if you’re one of those people for whom the sight of a stranger on the street packing heat would be a comfort (and apparently those people exist…), we’ve got bad news: It doesn’t sound like we’re going to be seeing anyone strutting around Corinth Square with a Smith & Wesson dangling from his hip any time soon.

The Prairie Village city council on Monday unanimously approved a Uniform Public Offense Code that continues to ban the open carry of loaded weapons in public (councilor Andrew Wang was absent and didn’t vote). Prior to the vote, city attorney Catherine Logan told the council she had discussed the Overland Park council’s decision with other attorneys — and none agreed with Overland Park’s rationale for passing the law.

The move in Overland Park came after the city’s police chief raised concerns that the city could wind up in a legal battle if it didn’t follow the outlines of an opinion published by Kansas attorney general Derek Schmidt in late 2011. That opinion suggests the state statute concerning firearms prevents cities from prohibiting the open carry of loaded weapons.

“Their feeling, apparently, was that to comply with the attorney general’s opinion, they had to allow the open carry of loaded weapons in public spaces,” Logan said. “Our feeling is, by doing nothing, we’re still in compliance with the statute.”

Logan said she feels the attorney general’s opinion is based on a “very narrow reading of that language in the statute,” and that Kansas law generally leans toward giving cities more control as opposed to less in passing their own regulations. Moreover, she said, attorney general opinions in Kansas are just that: opinions. As such, they don’t bind cities to take action.

But, Logan noted to the council, a legal challenge to the city’s prohibition on open carry of firearms would likely land the city in court.

“Anyone could challenge the language in our offense code, and we would have to defend it,” she said.