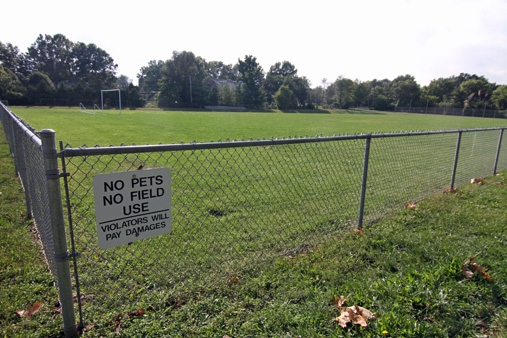 From the sound of it, Mission Valley’s owners may have had a change of heart about building new retail space on the site of the shuttered middle school.

“The site plan we saw did not include enough space for commercial development,” Enslinger said. “It would be a very large facility — it’s an 18 acre site, so this would be the biggest senior housing facility in the city.”

Enslinger said the company has not submitted formal plans for consideration, and the city representatives only got to spend a few minutes with the drawings. But what Enslinger described diverges somewhat from an overview of site plans that RED Development presented to area homeowners associations over the summer.

At a meeting with the Countryside East Homes Association Board in late July, a RED representative told members that the company was working on a plan that would have three buildings — a two-story assisted living facility, a single-story nursing facility, and a four-story independent living facility — with space between the three reserved for retail development.

“Our understanding now is there would not be significant retail on the site,” Enslinger said. “They may have a hair salon or boutique, like some of the other assisted living facilities do, but these probably wouldn’t be businesses that are marketed to the rest of the city.”

Enslinger said the site plans he saw also included a series of town houses along the southern edge of the plot.

The company isn’t likely to submit formal plans to the city until December or January. The city administrator’s office has encouraged Tutera to present its plans to neighborhood groups prior to submitting them to the planning commission.