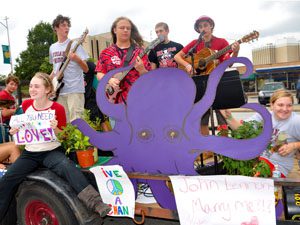 If you are headed down Johnson Drive this afternoon, watch out for the tuba player.

The SM North homecoming parade will kick off from the school at 2 p.m.

The parade will head east along Johnson Drive and then turn south on Woodson, ending at Martway and Woodson.

Only eastbound traffic on Johnson Drive will be affected during the parade, police will keep westbound lanes open. They also will try to let north and south traffic across as the parade permits, but drivers can’t count on getting through during the festivities.