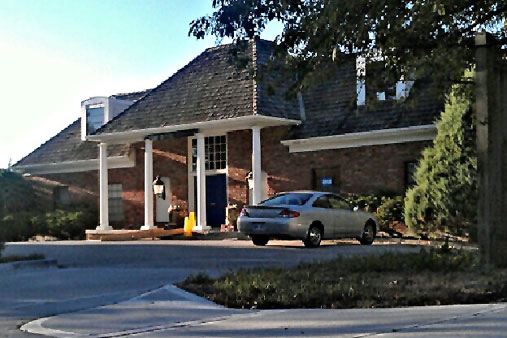 I’m going to go out on a limb here and give the Obama-Biden ticket precisely a 0.00 percent chance of taking Kansas in the November elections.

But in the vast sea of intractable red that is Kansas, northeast Johnson County must be a relatively purple area, because Obama for America has chosen Prairie Village as the location for its statewide headquarters.

The campaign has rented the old Squire Building just east of 90th Terrace and Roe Avenue for the next two months, and will be organizing its volunteer and call-banking efforts out of the facility. Open 11:30 a.m.-8 p.m. every day, the campaign office will also sell t-shirts, hats, bumper stickers, magnets and other paraphernalia Wednesdays from 4-7 p.m. and Friday from 10 a.m.-noon.

Volunteer Outreach Coordinator Finn Bullers, a Prairie Village resident, said the campaign didn’t have any misconceived notions about the president’s competitiveness in the state, but does want to use the election as an opportunity to reach out to what he calls “disenfranchised Democrats” — those more moderate or progressive Kansans who choose to register as Republicans so they can vote in important primary elections.

“It’s the reality of politics in Johnson County,” Bullers said, “but it’s not the way the system is designed to work. We’re here to remind people that there is an alternative.”

Bullers said that local volunteers who offer their time to the campaign won’t be given the sisyphean task of trying to turn the tide in Kansas. Instead, the campaign plans to deploy interested Kansans to Iowa, where polls suggest Obama and Romney are engaged in a tight battle.

“We have five scenarios where we see president Obama winning re-election,” Bullers said. “And three of those involve him taking Iowa. That’s six electoral votes that in a close race could be the tipping point. We want our volunteers from Johnson County and the rest of the state to feel the energy of knowing their involved in an important part of the effort — and to help energize the turnout in Iowa.”