After a suspicious incident last week, members of the Corinth Elementary community are spending a little extra time this week emphasizing the “don’t talk to strangers” message to students. 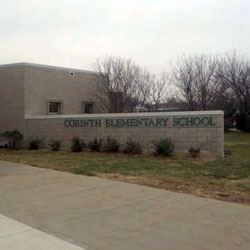 Prairie Village Police Captain Wes Lovett confirmed that the Leawood Police Department had completed an information report on a white male who was driving a maroon Corvette when he stopped to ask some Corinth Elementary boys if they wanted a ride to school last Wednesday. The boys lived in Leawood, but the suspicious activity occurred in Prairie Village, on the north side of 83rd Street near the apartment complex across from the school.

Corinth Elementary PTA president Angie Tucker sent a message to school families Friday letting them know that principal Dr. Ken Emley had been informed that police had positively identified the man who stopped the boys. Because the man did not exit his car or make any forceful moves, no crime was committed and he was not arrested or detained. Still, the man has now been identified by police as a “person of interest.”

“Remember to talk to your kids about stranger safety,” Tucker wrote.