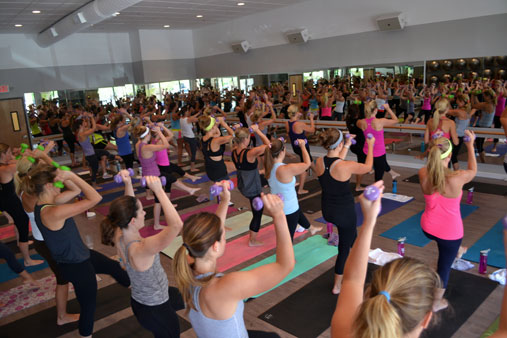 A locally based fitness business is flexing its muscles with the opening of a new location.

Fusion Fitness, which had its first location in downtown Overland Park, is now offering classes at a new Mission Farms facility in north Leawood. The new space officially opened Aug. 6.

Prairie Village resident and owner Darby Brender signed a lease on a 3,000 square foot space between Natasha’s Mulberry and Mott and Blue Koi earlier this year. The new studio houses a variety of classes, open to men and women, with names like “Bikini Bootcamp” and “Ball Busters.” The workouts combine elements of several different disciplines, including Pilates, yoga, calisthenics, light weights, resistance, bands and exercise balls.