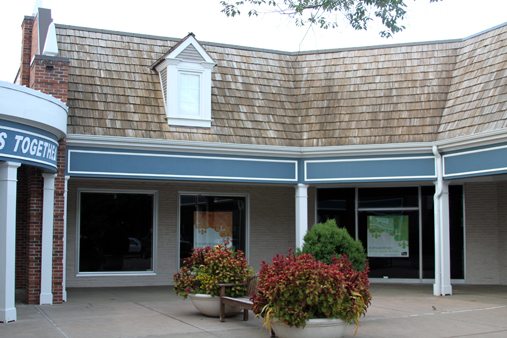 Three Prairie Village city councilors on Monday may have let the cat out of the bag on a potential development at the Village Shops that LANE4 principal Owen Buckley hinted at during his presentation to the council earlier this month.

Councilor Michael Kelly used the announcements portion of last night’s city council meeting to express his desire that there be a “strong public input process if the rumors are true that the property owner is looking to bring a movie theater to the Village Shops.”

The speculation is that a small movie theater with an attached restaurant may be the targeted tenant for the space vacated nearly two years ago by the Macy’s Home Store.

At the August 6 city council meeting, Buckley told the council that his firm was close to bringing in “a really cool tenant — the kind of tenant people would be excited about,” but declined to go into further detail.

Councilors Andrew Wang and Ted Odell went on the record Monday as well to state the importance of public input if a movie theater were a potential tenant. Wang noted during the council meeting that no similar tenants were present at the shops, and that it would require a long look to determine whether a theater was an acceptable tenant under the site’s current zoning.

Asked to confirm whether LANE4 was in talks with a movie theater about coming to the Village Shops, Buckley sent the following statement:

“We’re always on the lookout for strong tenants to possibly fill any of our vacancies. At The Village, we do have a limited amount of vacancies, however we’re not announcing any potential tenants at this time. We continue to strive to find special and unique tenants that will compliment all the wonderful tenants we already have and new tenants who will also be appreciated by the neighborhoods surrounding The Village – and Corinth Square and Fairway Shops for that matter.”

The company’s law firm sent a letter to several neighborhood groups last week inviting them to a presentation this Thursday, August 23, during which LANE4 will give an overview of its plans for the redevelopment of Mission Lane, the expansion of Hen House, and a new retail space to be built on the site of Waid’s. The meeting starts at 6:30 p.m. in the Village Music Academy auditorium (below the former Toon Shop space).