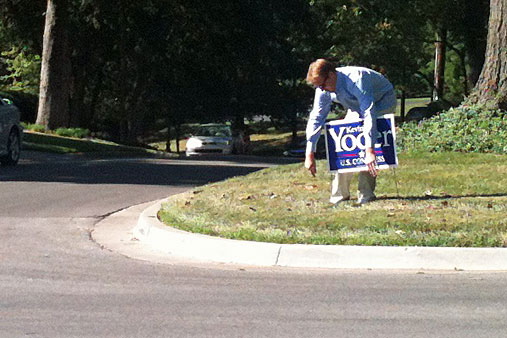 Mission Hills city councilors have given the city’s administration the green light to allow up to three temporary signs per yard in the lead up to next Tuesday’s primary elections.

By a 4-0 vote at a special council meeting Monday, the councilors directed the city to allow three signs per yard for the next 15 days. That 15 days will provide legal coverage for those homeowners displaying political yard signs until Tuesday’s election — and through the next regularly scheduled Mission Hills city council meeting, during which the body is likely to consider a permanent change to the ordinance.

City Administrator Courtney Christensen said she had contacted the ACLU after the meeting Monday, and the group responded that the city’s actions had addressed its concerns.