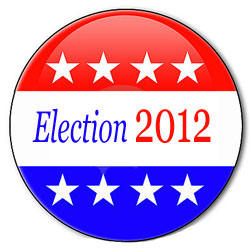 The Kansas City Star’s editorial board on Sunday released its list of voting recommendations for the Kansas House of Representatives primaries to take place Aug. 7.

Citing a desire to find candidates who will support local schools and “are independent thinkers and not inclined to vote in lockstep with the governor or according to an ultra-conservative agenda,” the board made the following recommendations for local seats:

District 19: In a Republican primary featuring two newcomers, Stephanie Clayton, of Overland Park, stands out. A former chairwoman of the Johnson County Young Republicans, Clayton is a dynamic, well-informed candidate who would be a strong asset to the Republican ticket. Her opponent, Bruce Belanger of Leawood, brings less helpful voting positions to the race.

District 20: This district places great value in its public schools, and Republican candidate Mark Read pledges to speak up and protect funding and quality of the local districts. Read, of Overland Park, is a software technology expert and active in Shawnee Mission School District parent organizations.

His opponent, incumbent Rob Bruchman, says he supports public education. But Bruchman voted for Brownback’s draconian income tax cuts, which are anathema to strong schools. You can’t have it both ways.

District 25: Since giving up a career as assistant to Clint Eastwood (seriously), Melissa A. Rooker, of Fairway, has been active in her homes association, a community soccer team and PTA groups in the Shawnee Mission schools and at the statewide level. She is a dynamic, informed candidate and the clear choice in the GOP primary.

Her opponents are Bill Griffith of Fairway and Stephen Foster of Roeland Park.

In the Democratic primary, Roeland Park City Councilwoman Megan England is an excellent choice. Her opponent is Scott Gregory, of Roeland Park.