Fifty two aspiring tennis stars will take to the courts at Homestead Country Club in Prairie Village Thursday hoping to earn a berth in the U.S. Open Qualifying Tournament. 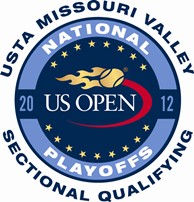 The USTA’s Missouri Valley Sectional Tournament kicks off at 11:30 a.m. with first round matches in the women’s singles bracket. The men start first round action at 1 p.m. Mixed doubles play begins Friday. The event is free and open to the public.

The USTA is holding 13 qualifying tournaments across the country, with the winners from each advancing to the US Open National Playoffs in New Haven, Conn., in late August. The singles winners of that tournament will earn the opportunity to compete in the US Open Qualifying Tournament, held a week prior to the actual US Open. The mixed-doubles victor in the National Playoffs earns a berth in the U.S. Open.

Tennis players from as far away as Nevada and New Jersey are registered for the tournament here, though the majority of players are from the Kansas City area.