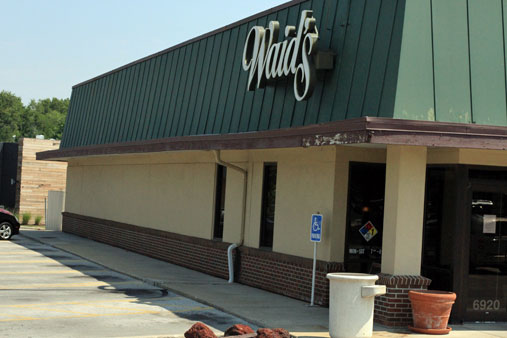 Paying his respects to the recently shuttered Waid’s at the Village Shops in the Pitch yesterday, food critic Charles Ferruzza notes that the neighborhood diner chain had a long tradition in the Kansas City area — and its attrition to a single metro-area location is worth lamenting.

But, Ferruzza notes, the food… well, it just hadn’t been that good in recent years:

The food at Waid’s, never all that spectaular to begin with, had gone downhill over the last six or seven years. A co-worker and I paid homage to the last Waid’s, in Watts Mill, by eating lunch there today. The “famous” cheese soup was the consistency of wallpaper paste and about as flavorful. And the “long time favorite,” a pork tenderloin sandwich, was so dry and tasteless that it could have been an actual relic from the tomb of King Tutankhamen.

Cutting edge, it was not. But there was something comforting about a place where you could take a toddler and her great-grandmother.

So, Villagers, what was your reaction to the news that Waid’s had closed?