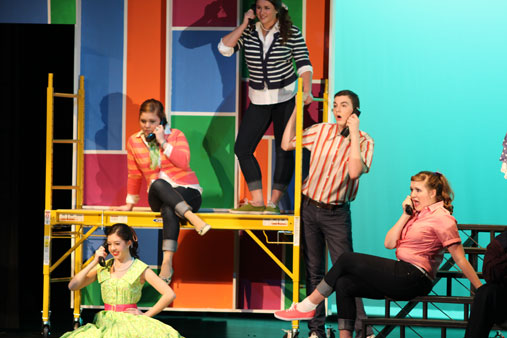 “I was thrilled for [Lily and Maddie],” said SM East theatre director Brian Cappello. “But I was even more thrilled that the entire cast got nominated for Best Ensemble. It’s great to recognize all the hard work that everyone puts in.”

The awards will be announced during a program May 24 at Starlight. SM East won the Blue Star award for Best Production in 2003 for Little Shop of Horrors.