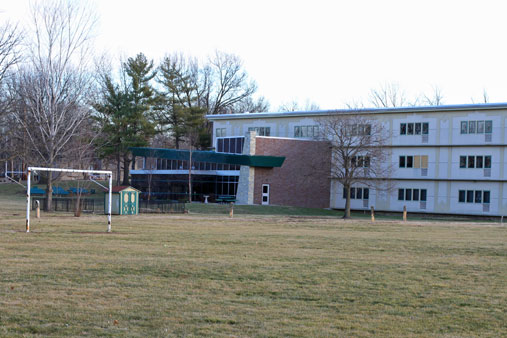 MVS, LLC partner Dan Lowe’s denial of responsibility for a proposal calling for 400,000-plus square feet of mixed use development to be built on the Mission Valley Middle School site has prompted a lengthy response from Prairie Village city administrators.

In an article that ran in the Kansas City Star’s 913 section Wednesday, reporter Kevin Collison writes that Lowe said the vast mixed-use proposal was suggested by “city planners.”

That suggestion led Assistant City Administrator Dennis Enslinger to send a message Thursday to the Prairie Village City Council, MVS, LLC staff and other interested parties with the subject line “Correction of Information Contained in Recent Kansas City Star Article.” In it, Enslinger says it was a market study paid for and released by MVS, LLC that contained the information about what might go in a mixed-use development at Mission Valley.

“…Staff has never prepared any plans for the site,” Enslinger wrote. “The City had no involvement in conducting or paying for the market study and was only provided the preliminary draft document upon request…Since this information was provided in a draft form and in verbal conversations, city staff confirmed on several occasions with both Mr. Lowe and Mr. Bart Lowen that they were comfortable with releasing the rough square footages.” (See the whole message after the jump).

Enslinger also noted that MVS, LLC had approached the city to see if it would be amenable to providing financial incentives to develop the site.

Meanwhile, the Mission Valley Neighbors Association, which was instrumental in mounting opposition to funding for a comprehensive planning process for the site, has sent a new email to supporters suggesting that RED Development has “indicated it will seek to rezone for a large project including grocery store, restaurants and an elderly living facility.” The MVNA group is organizing another community meeting at 4 p.m. this Sunday, April 1 at Hillcrest Covenant Church.

(We have a call into RED Development for comment on both emails, but haven’t heard back yet — we’ll update the story when we’ve spoken to one of their representatives).

UPDATED 1:10 p.m. Friday: Dave Claflin of RED Development sent us a note addressing the above issues. Here’s his take:

• We did have a meeting with neighborhood leaders and asked them if they, along with others would participate in focus groups to explore views on what could happen on the property. We have many ideas on avenues to pursue with MV and would like to get input beyond, “a school or a park.” We do not have a plan that we are pursuing at this time.

• My take on Dennis’ email is that he wanted the council to understand that they didn’t make up the square footage numbers that are being batted around. Dan’s comment was that this was not our proposal. We don’t have a proposal or plan yet. The numbers came from a third party market study on what could potentially go on the site.

• I think it’s important to point out that, as loudly as some might wail about a change in use on this site, the things that we’ve been discussing are in line with the City’s current Comprehensive Plan that calls for greater density, mix of uses and increased tax base (real estate and sales) on opportune sites situated along major arterials, on the fringe of neighborhoods.

A March 28th Kansas City Star article on the former Mission Valley Middle School site, indicated that Dan Lowe, a partner in the MVS, LLC (owner of the site) stated “opponents have reacted to plans for a mixed-use commercial and senior residential project that was suggested by city planners and not specifically pitched by his group.” (page 4).   Mr. Lowe also stated took no responsibility for the idea of a 335,000 square foot continuing care residence for seniors, 75,000 square feet of retail, including a specialty grocery store, and 50,000 square feet of office space development (see attached article).

On November 14, 2011, RED Brokerage, provided city staff with a preliminary draft market study analysis for each of the desired uses (retail, office, and senior housing) for the site.  The draft market study was conducted by and paid for by MVS, LLC.  The City had no involvement in conducting or paying for the market study and was only provided the preliminary draft document upon request. In addition, RED Brokerage representatives provided city staff with additional clarification on the market study analysis and associated square footage for each type of development, including the name of the proposed grocery store. Since this information was provided in a draft form and in verbal conversations, city staff confirmed on several occasions with both Mr. Lowe and Mr. Bart Lowen that they were comfortable with releasing the rough square footages.

A request by MVS, LLC. to determine if the City Council was open to providing financial incentives for a proposed project on the site necessitated the release of the rough square footage data.  In order to provide sufficient information for City Council to review the request, city staff conducted a cursory analysis of anticipated City revenues from property tax and sales tax based on the rough square footages provided. The data was included in a staff report presented to the Council Committee of a Whole on January 17, 2012.  The Council Committee indicated they were not interested in supporting financial incentives at the meeting.  Representatives of RED Brokerage were present at the January 17th meeting.

I would be happy to speak with anyone personally should there be additional questions regarding this matter.

•  On March 21st MVNA representatives met with RED Development to learn
more about its plans to redevelop the former Mission Valley School site.

• Despite our City Council’s reaffirmation of the current residential
zoning for this property, RED indicated it will seek to rezone for a large
project including grocery store, restaurants and an elderly living facility.
(see sizes referenced at pvkansas.com under City Government tab/projects
tab/Mission Valley tab/FAQ)

Here is what you can do to help….

2. David Morrison, the unopposed candidate in Ward 5, needs your vote
to reaffirm his support for residential only zoning.

3. Contact your council members and tell them you want this property to
keep its current residential only zoning.

Future communication will be made via e-mails.  If you are not on our e-mail
list, and would like to added, please e-mail bob@reschubert.com.