The Prairie Village Ward 4 City Council primary election will be held tomorrow, Tuesday, Feb. 28. Polls will be open from 7 a.m. to 7 p.m.

The election features three candidates: incumbent Dale Beckerman and challengers Brooke Morehead and Tim Pickell. The two candidates with the most votes in the primary will advance to the general election, to be held Tuesday, April 3.

Below are profiles of the three candidates as well as links to their responses to our five-item questionnaire.

If you’re a Ward 4 resident and need to find your polling location, visit the Johnson County Election Office’s voter lookup site, or use your mobile phone to text VOTEKS, your address and you five-digit zip code to 74574. (For example: “VOTEKS 1234 Great Street 66208”). The county will send a text back with your polling location. 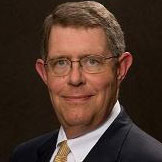 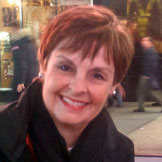 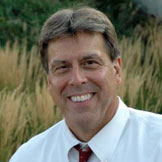 In late January, we put out a call for readers to send in questions for the Ward 4 candidates. We took those reader responses and used them to craft a five item questionnaire. Here are the answers Beckerman, Morehead and Pickell submitted:

1.) Does Prairie Village need to expand its tax base? If so, how should that be accomplished?

2.) Facing pressure from neighborhood groups in early February, the City Council voted to stop a planned public input process to develop a comprehensive plan for the Mission Valley Middle School site and surrounding areas. It would have cost $90,000 of taxpayer money. Did the council make the right decision, or should they have proceeded with the public input process?

3.) Do you support the idea of finding a dedicated revenue source to fund the city’s Parks Master Plan? If so, what should that funding source be?

5.) What’s your overall vision for the city? What’s one new initiative you would propose if elected?