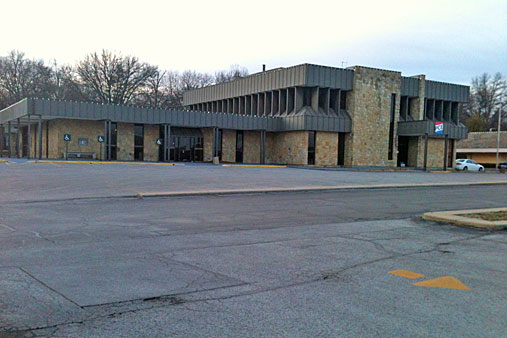 LANE4 Property Group is in the process of completing the sale of the Corinth Square building occupied by Bank of America until the summer of 2010 to a family that owns a variety of businesses throughout the region.

Justin Kaufmann of LANE4 said the company had initially sought to re-lease, and not sell, the building after it took possession of the property in July 2010. But the structure was too large to be attractive to most modern retail banking operations. Splitting up the building to make it leasable to multiple tenants proved problematic, as well.

“While we never actually marketed the property for sale, we were approached by a local family with deep roots in the Prairie Village and surrounding communities who was interested but would only purchase it,” Kaufmann said in an email. “The business was in a unique position to use the entire facility for their family owned businesses, one being in financial services and another a buying group.”

Though we have not received official confirmation from the family that purchased the property, they appear to have major stakes in a well-established regional chain of home-improvement stores as well as a small bank, the closest branch of which is in Emporia. Calls to representatives of both the family and their agent in the sale of the property have not been returned.

Kaufmann said the family intends to occupy the building’s office space relatively quickly, and that there are plans to establish a banking location there as well, but the bank branch may not open for some time.

LANE4 submitted a proposal to the city’s Planning Commission to approve a potential sale of the property in August 2011.

Kaufmann said LANE4 felt it important to have the space in active use, even if it meant selling the parcel.

“We feel it is in the best interest of the entire shopping center to maintain the property as financial services and professional offices,” he said. “The customer traffic produced by this building when full helps our other tenants significantly.”