So I pulled into the driveway yesterday after stopping to pick up some bitter apple spray, only to find that I was moments too late to save one of the poor pumpkins on our porch steps: 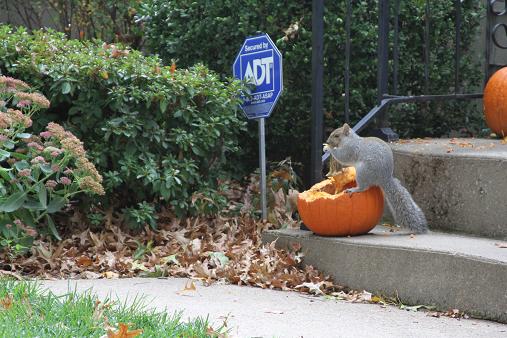 “Stupid squirrel!” I yelled helplessly as the squirrel shoved meaty seed after meaty seed into its greedy maw.

I was pretty upset. But then this morning we got a message from reader Marcia Gradinger, who helped put the whole pumpkin massacre thing into perspective. She caught a squirrel in the act of attacking one of her pumpkins as well — but at least her squirrel had some artistic sensibility: 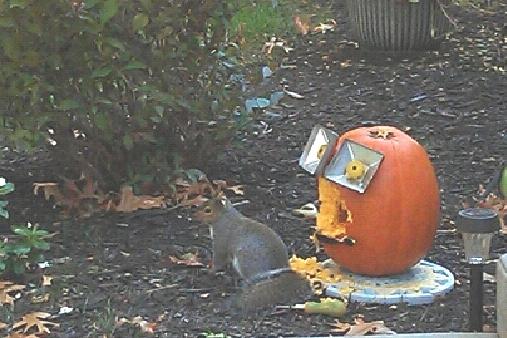 It appears to have added either a very large nostril or a very high mouth to the pumpkin she’d decorated with hardware eyes.

(But lest the squirrels get too comfortable, they should be warned: Gradinger is Prairie Village’s code enforcement officer. Seems like there’s got to be an ordinance on the books about damaging holiday decorations… Watch out, squirrels).