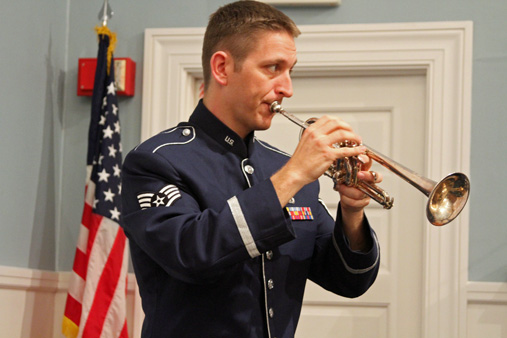 John Phillip Sousa is a pretty obvious choice for a military band. But Fiona Apple?

Music lovers were in for a treat Monday night at Colonial Church in Prairie Village, as the United States Air Force’s Brass in Blue brass ensemble played more than a dozen classic and modern arrangements.

They played Amazing Grace. And they played Extraordinary Machine. They also played the National Anthem, which, it turns out, they’re pretty good at:

The ensemble features 12 performers from all over the country. Founded in 2007, the group has performed all over the Midwest, and in 2009 was deployed to Southeast Asia for a 70-day tour.

The concert was sponsored by the Prairie Village Arts Council.