Frankly, we were starting to get a little worried about this year’s block party contest. It had been a full month since we’d gotten an invite to witness neighborly fun. But a bright crowd from 70th Terrace turned our frown upside down with a thoroughly enjoyable setup Saturday night.

Organizers Andy and Lauren Wymore said the block had tried to get organized for its first block party last year, but the plans got away from them.

“We were talking about having a live band, and things like that,” Lauren said. “It got to be a big deal, and we didn’t end up being able to organize it. So this year we decided to keep it simple.”

Simple, perhaps. But apparently a good time, as a few dozen neighbors had congregated when we stopped by.

They’re already a frontrunner in the games category based on the active engagement we witness in both bean-bags: 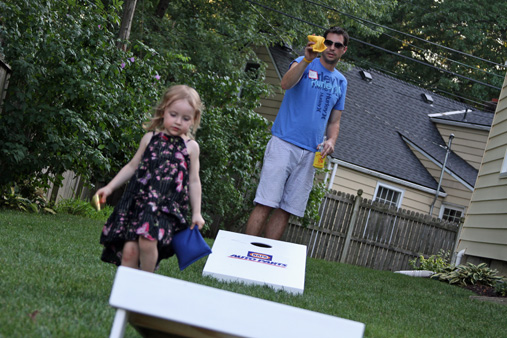 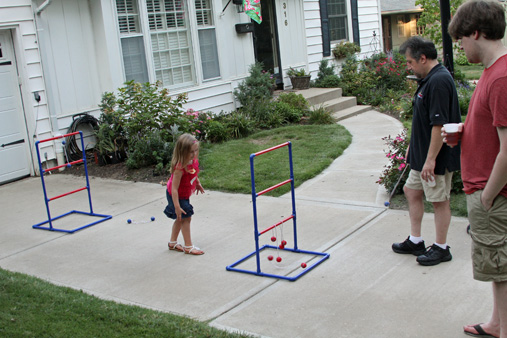 And we’re awarding major bonus points for the gigantic cooling station one of the residents arranged to borrow from work. It proved a pretty awesome compliment to the bubble wands they had out as well: 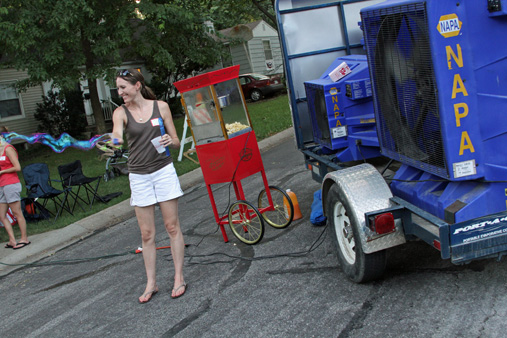 Remember, if you’re having a block party, drop us a line at stories [at] shawneemissionpost.com, and we’ll be there with our camera. 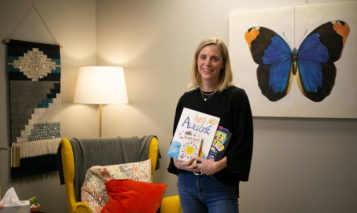 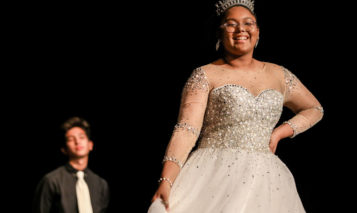