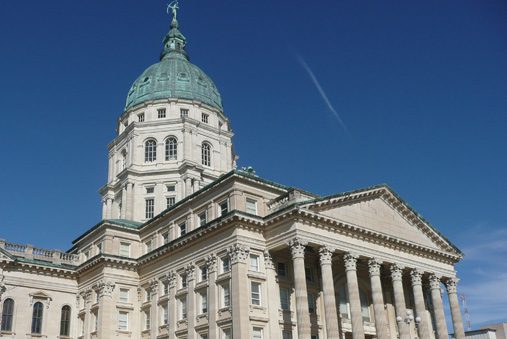 Today, the at-large school board candidates address the final item in our questionnaire: how to fix the state funding formula:

There seems to be broad consensus in Johnson County that the state’s school funding formula is broken and desperately in need of repair. What’s the best hope for seeing meaningful change in the funding formula, in your opinion?

Several years ago, County voters twice passed a sales tax that was ultimately used to grant funding back to all of the County’s school districts. At the time, few people realized that by state law, cities within the County would receive one-third of that money. I firmly believed, as did many others, that the voters passed the tax to better fund schools, not to give cities more money. When I was Mayor of Fairway, I convinced the Council to return the entire portion of the tax money back to the Shawnee Mission School District – the only City to do so. In the end, Fairway donated approximately $350,000 to $400,000 which was then utilized by all of the District’s schools.

While this scenario may not be workable in today’s economic climate, it is one concrete example of what I’ve done to find more money for our schools. While my opponents talk about educational theories and community organizing efforts, I have done it and provided real and measurable funding for our District.

Going forward, we cannot rely on the State to fix the funding formula or our financial problems. I have three specific recommendations:

This is one of the very important questions in which I differ from my opponents. SMSD has a long track record of failed efforts to change the State funding formula. My opponents have been part of the effort that has placed all of our eggs in this basket. They both are running on their political and lobbying history and connections. This simply will not solve the problem of our schools being underfunded.

The State formula limits our spending to about $11 per child per hour to run all of our schools. That does not match our aspiration of world-class education. The State fiscal position, as well as the politics of the House and Senate, makes it even less likely that the State will ever meet its obligation. We have to be honest about that fact and about the damage from previous cuts and those ahead; real damage to our kids and our schools.

SMSD has cut major programs at the elementary level, we are behind national trends in staffing and teaching strategies at the middle school level and our high schools struggle to fund and produce the academic and extra-curricular programs of just a decade ago.

The major factors mitigating this damage are high parent and community expectations and solid teachers. They have been picking up the load, in the classroom and in giving additional money to schools, but will tire over time if we don’t change the system.

I will work tirelessly with residents, businesses and other elected officials to redefine our commitment to exemplary, world-class schools. I’ll expect our administrators to develop clarity about what it takes to achieve them. I’ll work to establish a creative new paradigm in which our rhetoric about “education is the most important asset” is a reality.

The greatest challenge facing the Shawnee Mission School District is declining funding.  Despite $20M in cuts already undertaken during the past two years, an additional $10.5M in reductions must be made in the near term.  With 20% of Kansas’ citizens residing in Johnson County (the state’s most populous county) generating 25-28 percent of the state’s tax revenue, Shawnee Mission patrons are frustrated that we are not able to express our strong support for our schools by voting to increase funding.

I am endorsed by leading long time advocates for education in the state legislature, including Sen. John Vratil, Sen. Tim Owens, both on the Senate Education Committee and Rep. Pat Colloton of Leawood, as well as past Senate President Dick Bond and State Legislators Jill Quigley and Gerry Ray.  We have worked side by side over the past decade advocating for increased funding for our schools.  I am also endorsed by local civic leaders who understand the correlation between strong schools and the economic vitality of our community.

The current finance formula was enacted when the first of our three daughters were entering kindergarten in Shawnee Mission.  I became the legislative liaison and organized forums that included State Board of Education members, legislators and district administrators to explain critical state and federal legislation to parents and patrons, rallying them to petition their representatives. I testified before committees in Topeka educating legislators from across the state about the impact of their votes on classrooms in Kansas. I provided parents, students and other community members the opportunity to present their concerns directly to legislators by arranging Meet the Candidate Nights that included those running for statewide office, as well as local legislators. I organized coffees with representatives so they could hear directly from their constituents providing for the give-and-take of ideas. We even organized student council and PTA exchanges with other communities across the state in order to share common concerns in the hope that we would find new partners to join in advocating for increased funding for schools.