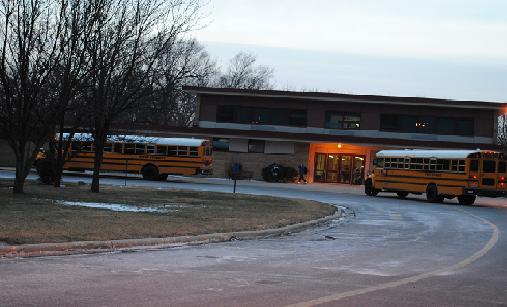 Shawnee Mission School District and Prairie Village officials are working to put plans in place to deal with the traffic generated by combining the Mission Valley and Indian Hills student populations.

Superintendent Gene Johnson told the board Monday that after discussing the traffic issues with the city administrator, police and a traffic engineer, they felt there would be few issues getting busses in and out of the school.

Prairie Village police chief Wes Jordan had raised concerns before both the Mission Hills and Prairie Village city councils about traffic at Indian Hills if Mission Valley were to close.

But in an email message yesterday, Jordan said the district seemed “committed to doing whatever is possible and logical,” to keep traffic in check. “The Superintendent agreed to make improvements (as needed) to improve traffic flow in and around the school,” he said.

At this point, however, no specific plans are in place to accommodate heavier traffic around the school. Jordan said the city and district would be working together after enrollment for the 2011-2012 school year to determine how many students were likely to take the bus to school, and how many would be dropped off by their parents.

“We have been monitoring traffic flow at Indian Hills in order to project how an influx of traffic could impact the area,” Jordan said.