For three months, the community has been up in arms over the proposals to close Mission Valley and realign Brookwood. But when the votes finally came Monday, there was nothing but silence from the audience in the SM West auditorium.

By approving the proposals Monday night, the Shawnee Mission board of education ended a drawn out and contentious chapter in the district’s battle with a horrendous budget situation. But the story is far from over.

Both the board and the SM East community now face the challenge of managing the logistics of combining Mission Valley and Indian Hills for the next school year, and the moves approved Monday make just a dent in the budget shortfall that’s only expected to grow amid these trying economic times. A number of people at last night’s meeting, including members of the board, suggested the district may have to consider closing a high school in the near future just to make ends meet. (SM West and SM North were mentioned as the most likely candidates).

And the economic benefits of voting to close schools won’t be felt immediately. Superintendent Gene Johnson said last night the district had roughly estimated it will cost between $6 and 9 million to make the changes necessary for the district’s middle schools to accommodate the projected student loads. He said the district planned on conducting much of the construction on the middle schools, including Mission Valley, during the school year while students were in class.

Moreover, the future of the Mission Valley facility is up in the air.

Asked by board member Cindy Neighbor Monday whether the district had any plans for Mission Valley, Johnson said no.

“Our policy is that we approach the question of what to do with a building only after we’ve voted on whether to close it or not,” Johnson said.

Johnson said the district would determine whether it wanted to use the facility for “some other purpose,” and would be working with the city to see if it had any use for the building. 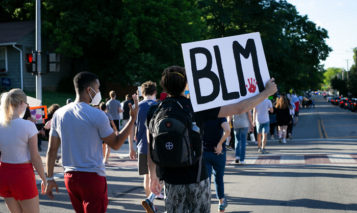