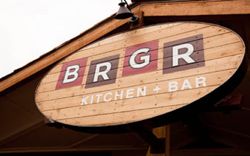 The Star’s Joyce Smith reported this morning that the owners of BRGR have announced plans to open a new restaurant in Corinth Square this spring. The announcement comes just weeks after the news that Jose Pepper’s was closing to be replaced by an independent restaurant to be called The Tavern in Prairie Village.

The BRGR owners’ new restaurant, presently called Urban Table, would go in next to Salty Iguana, taking up suites currently occupied by two businesses. One of the businesses, EJ’s boutique, plans to relocate.

Smith describes the menu as follows:

For breakfast that will be cooked-to-order plates, along with pastries and freshly brewed teas and coffees. On-the-go customers also can grab items like a yogurt or breakfast bar to take to work.
The lunch menu will include fresh, organic and seasonal soups, salads, and hot and cold sandwiches, along with wine and crafted beers.
In the evening, it will become a full-service wine bar with crafted beers and small plates featuring bruschetta, panini, specialty salads, and chef’s daily creations.

Alan Gaylin and Glynn Roberts, business partners in BRGR, are also considering opening a second location of that restaurant in Lenexa in 2012.