Heading into Friday’s regional playoffs game against Olathe South, many SM East fans were wondering the same thing: could quarterback Robby Moriarty continue to play at a high level in place of the injured John Schrock?

The answer was yes. Unfortunately, it might have been the wrong question to ask.

Moriarty and the offense fared relatively well Friday night, scoring three touchdowns and a field goal. But the defense couldn’t figure out a way to handle Olathe South power running backs Jake Crist and Nick Sands, who only got stronger as the night wore on.

Moriarty engineered a quick drive down the field in the fourth quarter to take a 24-21 lead by targeting wide receiver Elliot Faerber for two long gains. But Olathe South struck back quickly, scoring with about six minutes left to make it 28-24. The Lancers couldn’t came up empty on their ensuring possession, failing to convert on fourth down, and leaving Olathe South with just a few minutes on the clock to burn.

The loss ends the Lancers season. They won a school-record eight games, and took the district title and a share of the Sunflower League championship.

Big thanks to SM East student Grant Heinlein for the pictures. (Our camera is in the shop, and he’s a much better photographer than we are, anyway). You can see more of Grant’s work at www.grantheinlein.com. 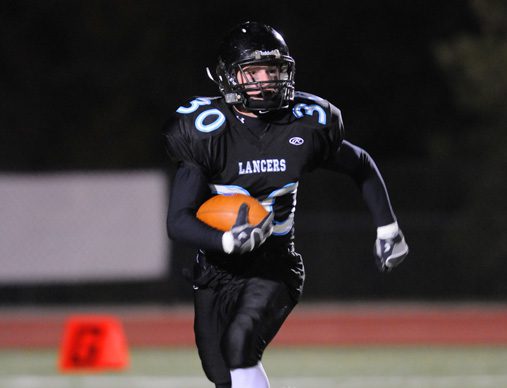 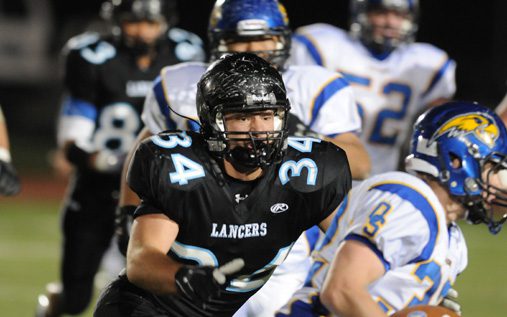