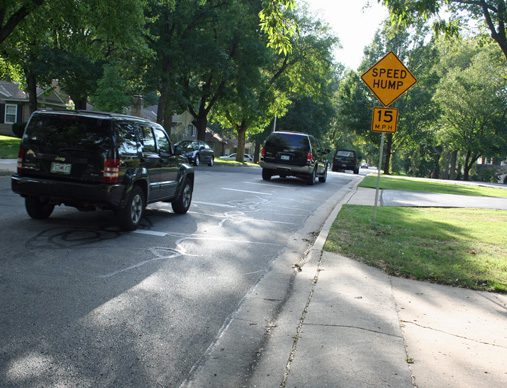 A new traffic-calming “speed table” will soon be built on 70th Terrace between Roe Avenue and 71st Street in Prairie Village.

The city council approved the construction of the speed table on Monday night after members of the neighborhood secured the approval of 60 percent of the residents along the stretch of road and brought the proposal to the city. The same type of traffic-calming device is in place on 71st Street between Belinder Road and Mission Road.

However, the council rejected another neighborhood’s proposal, which called for the construction of a speed-calming island along Tomahawk Road between Nall Avenue and Roe Avenue.