Oh, man. What a summer. It seems like just moments ago that we were typing away a post encouraging people to invite us out to their block parties. And here we are three months later with a notepad full of block party memories.

73RD TERRACE! In the end, I think it was the completeness of their block party package that put them over the top. They did the standard things well (had the fire truck come, had good decorations, etc…), but they threw in a couple of creative extras that really stood out. They started the day out with a bike rodeo for the kids, and then had photos of the event printed out and displayed at the night time party. They named a block party King and Queen. And…though at the time I couldn’t decide whether this was a plus or a minus since it kind of freaked me out…they had some eye-catching displays to promote the event: 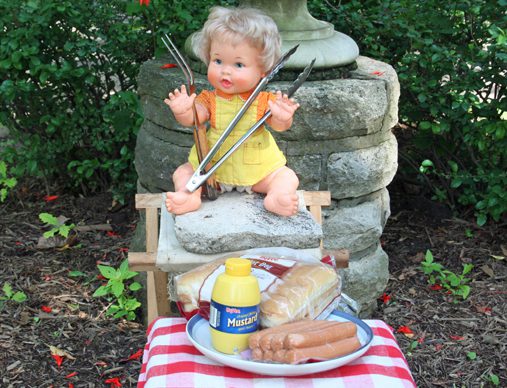 So kudos, 73rd Terrace. And congrats to all our other winners. You can be sure that the Block Party Contest will be back next year — and maybe in 2011 we even have prizes to give out!