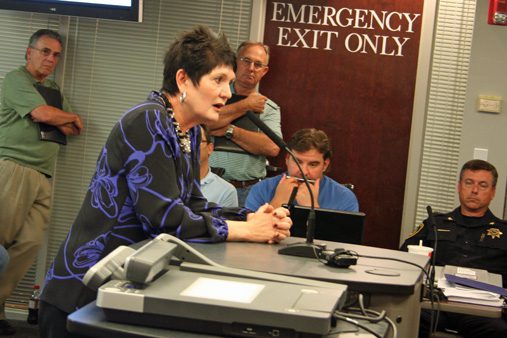 Since the process began in early spring, some members of the Fairway governing body have expressed concern that they weren’t getting much feedback from citizens about the 2011 budget. Attendance at public hearings was low. Response to a city-wide Web survey was anemic.

But with just over two weeks until the city must send a final budget to the county — and with a 51 percent property tax hike looking increasingly likely — Fairway residents appear to be tuned in now.

Approximately 200 people showed up last night at the final public hearing on the budget before it must be submitted, a crowd that filled up the council chambers and the hallway: 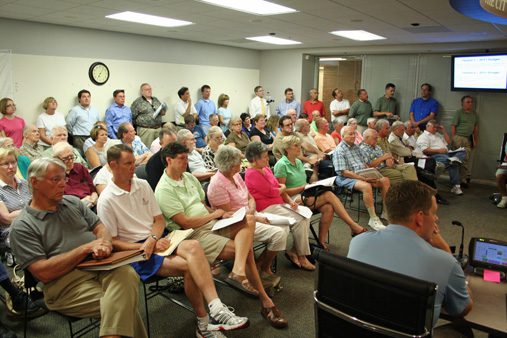 Nearly 50 people set up in an overflow room where audio was piped in, but the crowd couldn’t see the speakers: 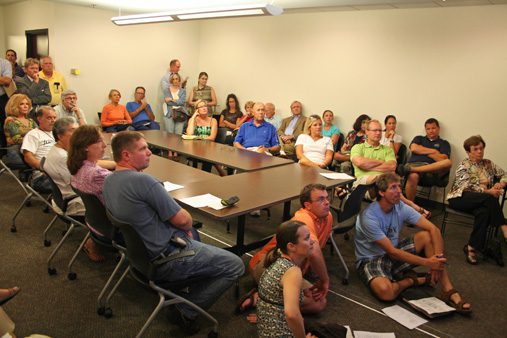 Finance committee chair Melanie Hepperly opened the forum with a recap of the city’s process and the steps they’d taken to cut expenses. Mayor Jerry Wiley told the crowd that the budget short fall was a result of the debt the city had taken on to finance a bond issue, and that “we have little choice in what we are doing here today.”

Several citizens spoke during the hearing, most expressing discontent with the proposed hike, and suggesting more stringent cost cutting measures, including closing the city’s pool and eliminating city staff.