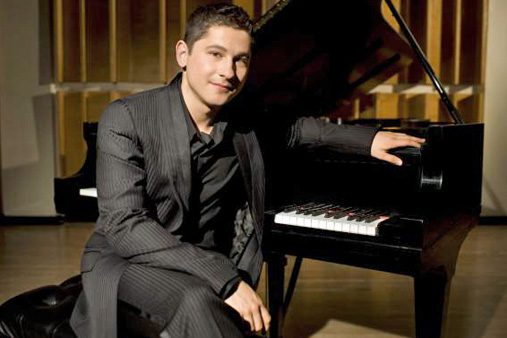 Eldar Djangirov was just 10 years old when he moved from his native Kyrgyzstan to the Kansas City area, his family drawn here by the city’s rich jazz history, seeing it as a fertile ground for the piano prodigy’s maturation. At 12, he became the youngest person featured on the NPR show Piano Jazz. At 14, he played the Kennedy Center. By 17, he had a signed contract with Sony Classical. Today he lives in New York and travels the world playing his music.

And this weekend, the world-renowned artist will be back in Prairie Village.

Eldar will be performing on Saturday at Indian Hills Country Club as a fundraiser for the first Prairie Village Jazz Fest, scheduled to be held in Harmon Park this September.

Daniel Anderson, who’s organizing the event, said he thinks people will enjoy the intimacy of getting to see Eldar in a small venue.

“We’re definitely excited to see his performance at Indian Hills — you don’t often get to see a great pianist like Eldar so close,” Anderson said.

Tickets are available at the Prairie Village clerk’s office, or through the PV Jazz Fest’s Web site.