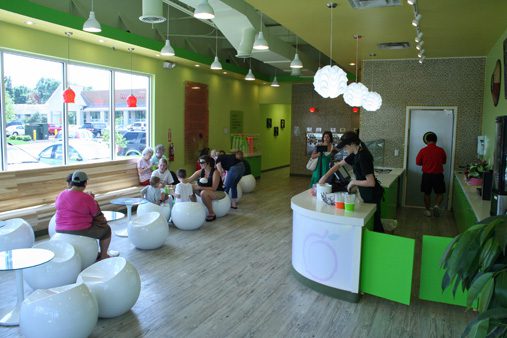 Opening an frozen yogurt shop where you can serve yourself as much as you want the hottest week of the year? Good timing.

Local businessmen Mike Kim and Peter Chung cut the ribbon on a new Peachwave franchise location at 9424 Mission Road last Thursday — and they’ve had plenty of business since. The franchise lets customers serve themselves one of several different flavors of frozen yogurt, and then load it up with whatever toppings they choose. They bring their creation to the register where it’s weighed, and then pay $0.33 an ounce.

This is the second Peachwave location in the area, and Kim said his group plans on opening a third in Olathe later this summer.

“We looked at the demographics of the area and saw that this would be a good fit,” he said of choosing the south Prairie Village area to locate. “It was kind of hard to find a space, but we’re happy.”

Kim said the franchise is relatively small, with just about a dozen stores open at present, but is growing quickly. 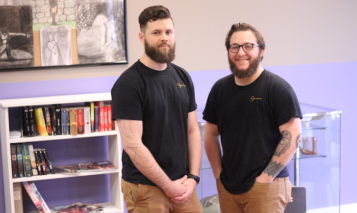