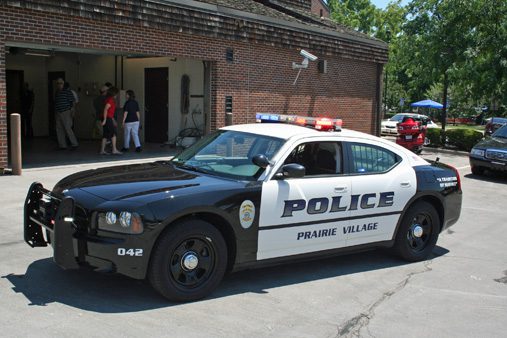 The Prairie Village police are hoping you take notice next time you see a patrol car.

That’s why the department, which manages public safety services for Prairie Village and Mission Hills, is going to be switching to a black and white paint job for its 14 car fleet over the course of the next few years. Since the late 1980s, the department’s squad cars have been almost completely white, with just a bit of writing and graphics on the side. Though residents may be accustomed to the look of the cars now, police chief Wes Jordan says that studies show motorists take notice of black and white squad cars much more quickly than those with one-color designs.

“We believe in being highly visible,” Jordan said. “When we are running traffic patrols, we’d like for people to see us, and recognize that were out.”

Jordan said the impetus for the switch came from years of feedback and interaction with residents, who sometimes didn’t realize that the police were out making frequent patrols.

“From time to time we would have people at meetings say that they felt like they never saw us out,” Jordan said. “We’ve even had a instance where people have asked whether we were security or the police department. So the black and white will help make sure residents see the cars and know who we are.”

The department unveiled the first car to get the new design treatment at an annual barbeque for current and retired officers yesterday. The design also features a new departmental motto: “A Tradition of Service.”

The city will be converting three to four cars a year to the new design, Jordan said, so it will take a few years for the entire fleet to get updated. 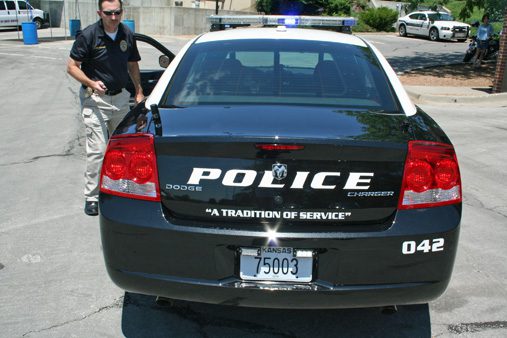