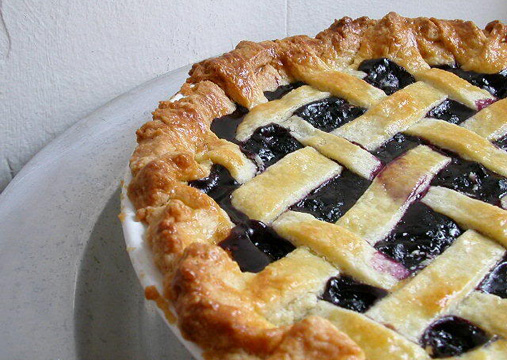 Pie: what’s not to love? There’s the crust. And then the filling. And…I guess that’s about all there is to pie. But the crust and the filling are very lovable, so…

Anyway, to honor this great summer treat, and shine some light on its rich, delicious history, Fairway Parks and Recreation is putting on seminar at the Shawnee Indian Mission next Wednesday, June 30 at 10 a.m. The event will feature pie baking tips, the opportunity to sample three different types of pie crust (basic, sweet and flaky), an “unusual pie” tasting, and a bit of history. For example, did you know that:

Pie came to America with the first English settlers.  The early colonists cooked their pies in long narrow pans calling them “coffins” like the crust in England.  As in the Roman times, the early American pie crusts often were not eaten, but simply designed to hold the filling during baking.  It was during the American Revolution that the term crust was used instead of coffin.

The event is intended for adults, but mothers and daughters are welcome. The cost is $7 per person, and the registration deadline is tomorrow. For registration information, call Fairway Parks and Recreation at 913-262-0350 Ext. 5300.